Visions And Revisions Of Eighteenth-Century France 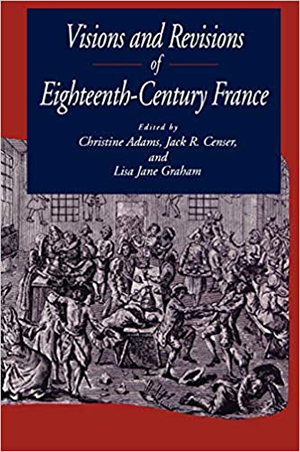 This volume brings together eight essays (all but one previously unpublished) that offer innovative strategies for studying society and culture in eighteenth-century France. Divided into three sections, the chapters map out current research paths in social, cultural, and political history. The authors engage the most heated subjects of debate in the field today, including the changing nature of political life in the age of enlightenment, the role of public opinion in undermining absolutism, and the impact of gender on social relationships and political language in the late eighteenth century. They demonstrate a marked interest in the lives of ordinary and humble French people, finding that exclusion from the main corridors of power fostered cunning and resourcefulness, not political indifference or ignorance. The articles encompass the Old Regime and the revolutionary era without falling into the teleological trap of using the former as the backdrop for the events of 1789. On the contrary, many of the authors consciously avoid this bias by investigating the Old Regime in its own right or by consciously linking the pre- and post-revolutionary eras. This decision alone marks an important turning of the tide. By establishing a dialogue between the Old Regime and the revolution, this volume implicitly pays homage to those historians who insist on the structural continuities that underlay the rupture of 1789.Contributors are Cissie Fairchilds, Christine Adams, Orest Ranum, Lisa Jane Graham, Harvey Chisick, John Garrigus, Lenard Berlanstein, and Jack Censer. Paperback: 228 Pages Publisher: Pennsylvania State University Press (1997)