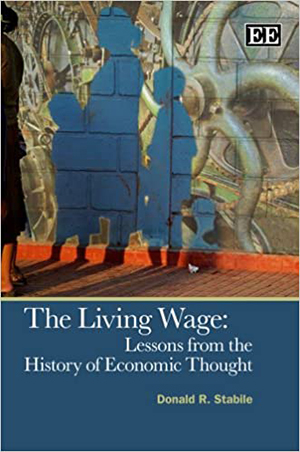 For the last decade a movement for providing workers with a living wage has been growing in the US. This book describes how great thinkers in the history of economic thought viewed the living wage and highlights how the ideas of the early economists such as Adam Smith and John Stuart Mill support the idea of a living wage and contrast with the ideas of more recent free-market economists who do not. The lessons we can learn from the contrasting ideas of both the early and recent economists will help us to think more clearly about the issues surrounding whether, how and why workers should be paid a living wage.The book reviews the history of economic ideas related to the idea of the living wage. It presents a debate between two ideologies, the moral economy and the market economy, as captured by the need to sustain the workforce, enhance its capability and avoid the externality effects of low wages. It is unique in that it applies these concepts exclusively to labor. The book also breaks new ground by presenting Adam Smith as a moral economist who anticipated many of the arguments set forth by modern day advocates of the living wage. It shows how successive economic thinkers added to Smith's arguments for a living (subsistence) wage or found fault with those arguments. Throughout the book Donald Stabile draws out the lessons that this history of the economic thought about adequate wages has for the modern living wage movement.Economists interested in the history of economic thought and labor issues will find this book a compelling read, as will academics and community groups advocating for a living wage. Hardback: 163 Pages Publisher: Edward Elgar (2009)