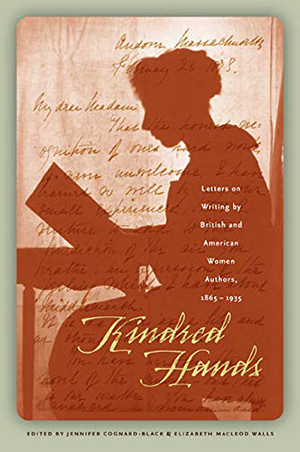 Kindred Hands, a collection of previously unpublished letters by women writers, explores the act and art of writing from diverse perspectives and experiences. The letters illuminate such issues as authorship, aesthetics, collaboration, inspiration, and authorial intent. By focusing on letters that deal with authorship, the editors reveal a multiplicity of perspectives on female authorship that would otherwise require visits to archives and special collections. Representing some of the most important female writers of the nineteenth and early twentieth centuries, including transatlantic correspondents, women of color, canonical writers, regional writers and women living in the British empire, Kindred Hands will enliven scholarship on a host of topics, including reception theory, feminist studies, social history, composition theory, modernism, and nineteenth-century studies. Moreover, because it represents previously unpublished primary sources, the collection will initiate new discussions on race, class, sexuality, ethnicity and gender with an eye to writing at the turn of the twentieth century. Hardback: 256 Pages Publisher: University Of Iowa Press (2006)