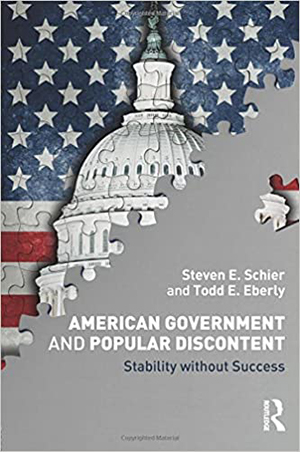 Popular distrust and the entrenchment of government by professionals lie at the root of America’s most pressing political problems. How did U.S. politics get to this point? Contemporary American politics got much of its shape from the transformations brought about from the 1950s to the 1980s. Presidential and congressional behavior, voting behavior, public opinion, public policy and federalism were all reconfigured during that time and many of those changes persist to this day and structure the political environment in the early twenty-first century. Throughout American history, parties have been a reliable instrument for translating majority preferences into public policy. From the 1950s to the 1980s, a gradual antiparty realignment, alongside the growth of professional government, produced a new American political system of remarkable durability — and remarkable dysfunction. It is a system that is paradoxically stable despite witnessing frequent shifts in party control of the institutions of government at the state and national level. Schier and Eberly's system-level view of American politics demonstrates the disconnect between an increasingly polarized and partisan elite and an increasingly disaffected mass public. Paperback: 209 Pages Publisher: Routledge (2013)